The rushing of the water condenses the world into peace.  Sunlight reflects off the pure white of the tumultuous churning enough to blind those lucky enough to notice.  The heavens so blue it aches to gaze into the limitless depths, in just a few hours, the dance of the cosmos so spectacular as to be indescribable. These were the first impressions of compact camping with the J-Series Dinoot trailer next to the McKenzie River at Paradise Campground in Oregon.  It was beautiful, warm, peaceful and utterly serene in early September. 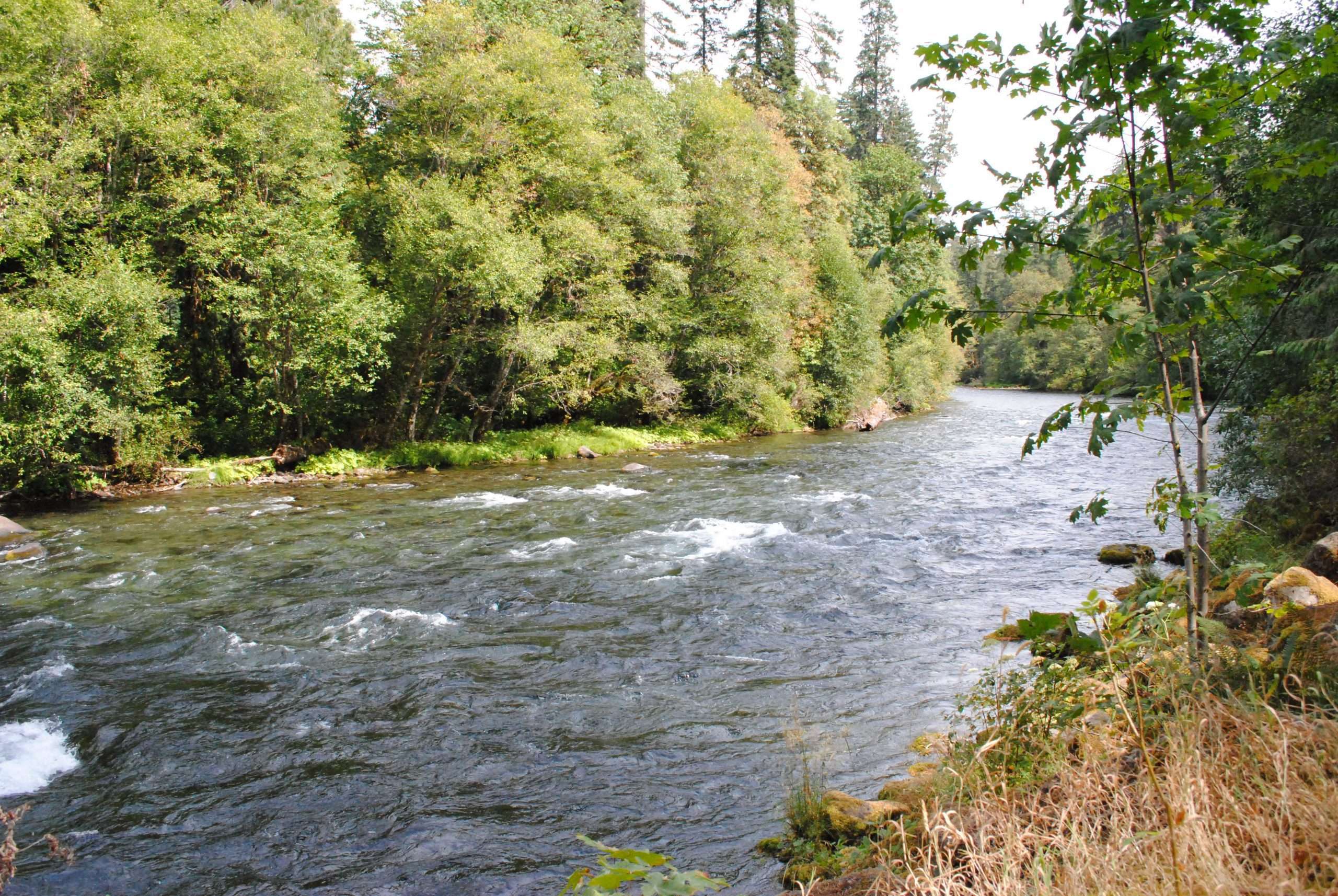 We enjoyed a hike to Linton Lake through cool forest and desolate lava rock with our one year old dog on her first camping trip.  We heard of a spectacular waterfall on the south end of the small lake, but decided against exploring due to the number of hornets that had stung some hikers we met. Instead we hiked back to the car and drove up the McKenzie Highway.

If you’ve not been on the McKenzie Highway you are in for a treat.  We’ve lived here almost twenty five years and its never a boring drive from point a to point b.  The highway itself is the attraction.  Its a small two lane road that begs for slow speeds.  The turnouts for viewing vistas of the Sister’s Mountains and Mount Washington just cannot be beat – there are no obstructions, the terrain is all lava rock with a few small trees struggling to grow.

Along the highway is The Dee Wright Observatory which was constructed of lava rock by the Civilian Conservation Corps in 1935.  It has viewing ports to see many surrounding Cascade peaks. Mt. Washington, just 5 miles away, looks close enough to touch. 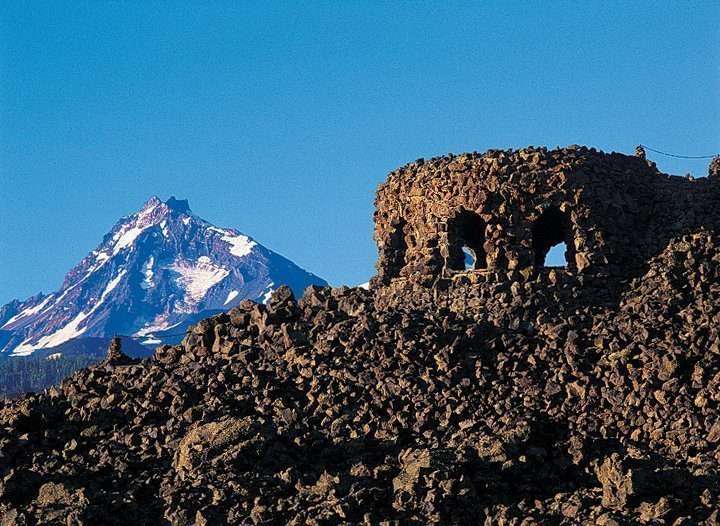 You can walk to the top of the building to have a 360 degree view of lava, mountains and lots of sky.  Paths go as far as the eye can see through the lava rock for strolling among the chasms and formations.  Read more about the McKenzie Highway on Travel Oregon’s website here.

As we sit after dinner beside the river, we build a fire and prepare for what we anticipate to be a beautiful night sky.  After positioning our chairs, a blanket for the dog and we were ready.  We were not disappointed.  We saw falling stars a plenty, satellites and a meteor fall with a flash of orange and a smoke trail.  It was amazing and after the milky way came into view it was late and time for bed.

We are roof top tent campers with a Tepui Kukenam Sky on our DIY camping trailer.  And, our one year old Mini Australian Shepherd, Cedar, visited the tent while in the shop, on the floor, but usually sleeps under our bed at night, so her reaction to the sleeping arrangement was uncertain.  Cedar walked right down to the end of the tent, laid down and slept through the night.  Happy to have, use and sell a roof top tent with plenty of room for both of us and a dog.  Perfect. 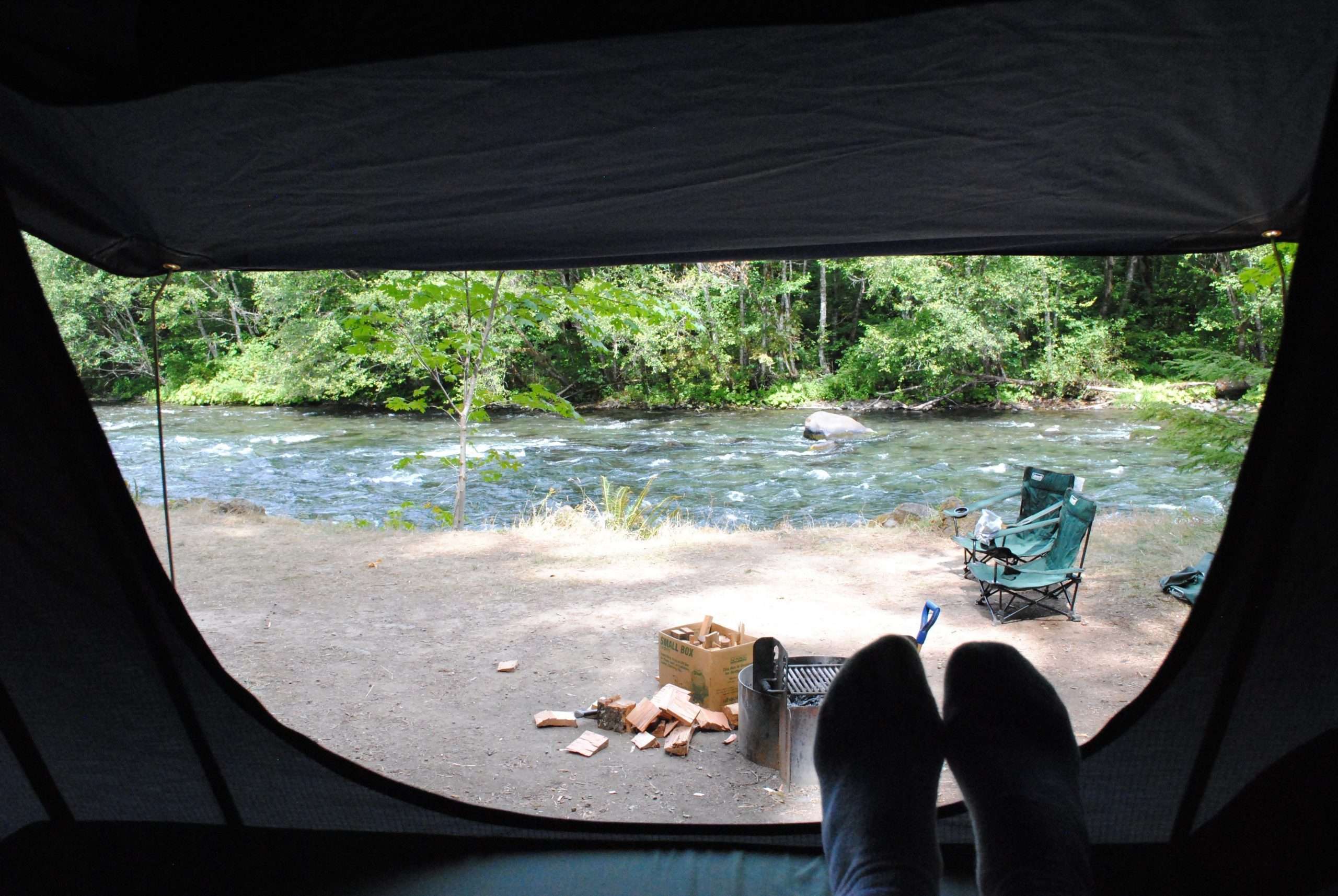 It was a great two days of adventuring, relaxing and traveling with a DIY compact camping trailer and our dog!